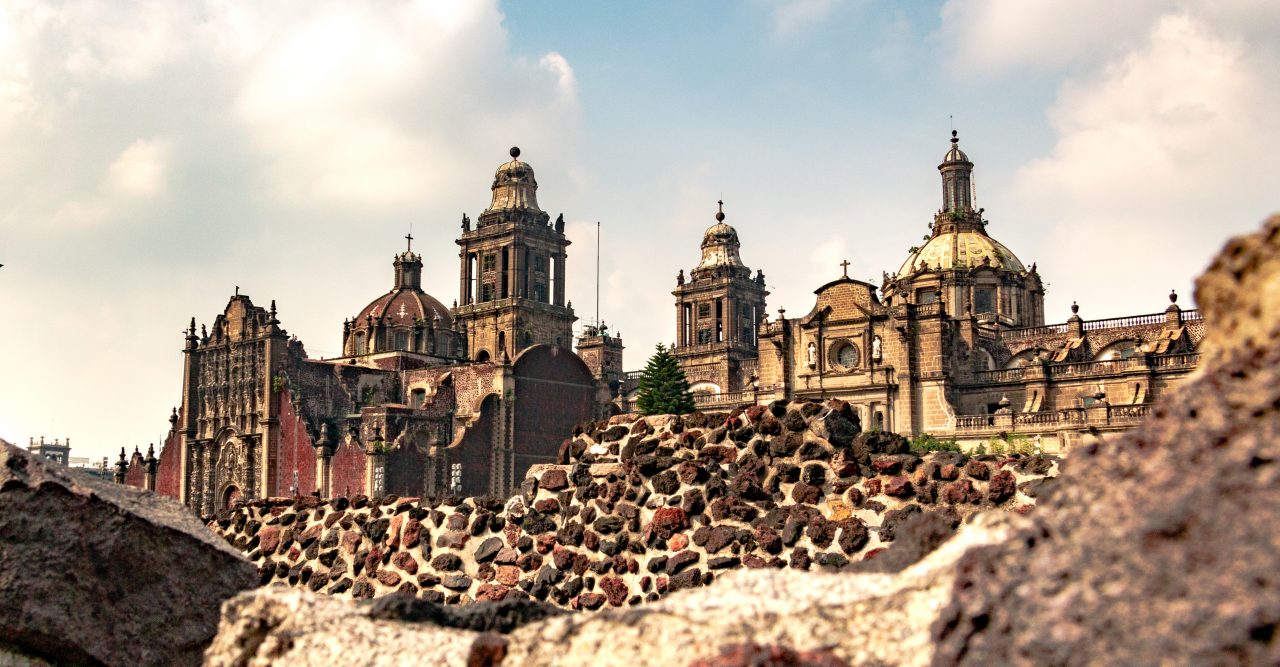 Mexico had been on my bucket list for a while, especially since I have lived a good portion of my life in Texas, but I distinctly remember adding Mexico City to my list after watching Anthony Bourdain eat some street tacos on tv. Since I feel like I’m the last person in the world who hasn’t been to Mexico, when my dad decided he wanted to go to the Formula 1 Mexican Grand Prix in Mexico City last year, I instantly agreed.

The race would take up most of the weekend, but we planned to stay a few days after to explore the city, so I went to work researching what we could do, see and, most importantly, eat. And although I had to change my plans around because I vastly underestimated the size of Mexico City (Ciudad de Mexico or CDMX for short) there was no shortage of things to eat and see.

No, seriously. I had read over and over again how big Mexico City was, but…wow. I was not prepared for how spread out this city actually is. When I was researching things I wanted to do, it seemed like our hotel was in the perfect spot, nestled right in between the historic center and some of Mexico City’s trendiest neighborhoods including Roma Norte, Juarez and La Condesa. I found endless adorable coffee shops and beer gardens I wanted to visit, thinking they would only be a 10 minute walk from our hotel but they all ended up being a 25 minute Uber ride or 45 (!!!!) minute Metro ride. So, I didn’t end up going to basically anything on my to-drink list or even exploring the neighborhoods I wanted to because we flat just did not have time.

If you have read about one thing about Mexico City, it’s probably about the food. The city has an epic food culture, and it was very overwhelming when I was trying to figure out what and where to eat. Once I realized I would have to change my original plan, I kind of flew by the seat of my pants on where we ate, but I found some really delicious places that I would definitely go back to next time I’m in town.

El Huequito – This taco restaurant was on a quiet residential street, only a few blocks off the super busy Av. Paseo de la Reforma. You’ll know you are there when you see the massive tower of meat in the window, which is where my meal came from. I got the internet-recommended Pastor Especial, which was a giant delicious pile of meat, cheese and tortillas with lots of fun sauces. There are several locations but I went to the one at Calle Gral. Prim 91, Juárez, Cuauhtémoc, 06600

Le Casa de Toño – This local spot was recommended to us by our Teotihuacan tour guide for those who wanted to sample the food of everyday Mexico. This was honestly one of our favorite meals from our entire trip. I would best describe this place as a Mexican diner. Full of locals grabbing lunch during their workday, we were thankful for a menu with pictures we could point to, and it felt like the most authentic meal by far. I got the Pozole soup and chicken flautas while my dad got the most amazing looking enfrijoladas (black bean enchiladas…I think). There are several locations but I went to the one at Dolores 7, Colonia Centro, Centro, Cuauhtémoc, 54700 near the Alameda Central

Shake Shack – Okay, hear me out. There were a couple of nights on our trip where the weather was complete garbage and our hotel was very conveniently next door to the Shake Shack. And if it wasn’t for those torrential rain storms, I would have never discovered the magic that is their horchata milkshake. I dream about this milkshake. Sadly, it’s only available in CDMX. (Dear Shake Shack – bring this to the U.S.…PLEASE!) Av. Paseo de la Reforma 333, Cuauhtémoc, 06500

Churrería El Moro – Off of a very busy street near the historical district, this charming cafe has been in business since 1934. I kept it classic with an order of churros and a cup of the Español chocolate for dipping. A delicious way to end your day in the historical district. (If you have been to Chocolatería San Ginés in Madrid, then this is definitely a must-go to complete your world churros tour.) Eje Central Lázaro Cárdenas 42, Centro Histórico 06000

I very much regret not trying the street corn, which was usually freshly grilled on the street and slathered with butter and spices. This will be my top priority next time I go, and I suggest you make it yours too.

I knew I wanted to do a day trip to Teotihuacan as it’s only about an hour outside Mexico City but when looking for options to get out there, it seemed like you could take public transit or a full day guided tour. My issue with the guided tours it that they all seemed to involve stops at things like an obsidian factory or tequila tasting, and I am not one for gimmicky things like that. I kind of wanted a mix of the two (sans forced tequila tasting) and ended up finding a fantastic tour with Estacion Mexico Free Tours (the tour is not free, it was about $35 USD each) that takes you via public transit with a guide. Our guide was Julio, who is an ancient cultures student who has a true passion for his city and it’s history and despite the growing crowds while we were at the pyramids, it was definitely a highlight of our trip and a must-see if you are in CDMX.

The historical center of the city is also a perfect place to learn about both the Mexica people and more recent history. We started our last day in Mexico City at the Templo Mayor museum right next to the Zócalo Plaza. We got there probably around 10am and there was hardly anyone there, so you can wander the ruins of an Aztec temple pretty much on your own and even see some archeologists laying down and brushing away. After that we walked around the Zócalo and saw the cathedral and royal palace and then walked down Av. Francisco I. Madero, a pedestrian street, towards Palacio de Bellas Artes and the Alameda Central park.

A complete surprise and bonus cultural experience we got was a taste of the Day of the Dead celebrations. We had not realized we would be there the same weekend and we got to experience (multiple) parades down Av. Paseo de la Reforma, explore tons of street art and sculptures as well as see families and friends pile into dumpster trucks on Sunday morning to go pay their respects. While I would have enjoyed my trip to Mexico City no matter what, getting to see a glimpse of this important Mexican tradition was a fantastic addition to our time there.

UBER IS YOUR FRIEND

We used Uber to get almost everywhere. It’s extremely cheap, reliable (the taxis are notoriously NOT), and usually much quicker than trying to navigate to the closest Metro station. We were in Mexico City six days, used Uber multiple times every day and we paid less than $50 USD for the entire trip! And my dad finally got to learn how to use Uber, welcome to the 21st century, Dad!

BUT THE METRO IS TOO

Despite the size of Mexico City, I found that the Metro didn’t have great coverage compared to other cities such as NYC or London, but I imagine if you are trying to go fairly far the Metro is most efficient way. Our hotel was a 15-20 minute walk to the closest station, which is why we used Uber so much. However, we did use the Metro a couple times to get back from the race track as it was going to be way too difficult to try and get an Uber. Despite being initially a little concerned about safety, I can say I felt 100% safe on the Metro, plus it was very clean and ran frequently. Some stations even had separate waiting areas on the platforms for women and children. There are no ticket machines in the station, so you have to go to the ticket counter. Each ticket is 5 Pesos ($0.27) a person, so always plan on having some coins on you if you plan to ride. I’m sure there is a multi trip ticket, but I didn’t look into it.

Other Things We Did & Didn’t Do

Have you been in Mexico City? Share your favorite spots in the comments! 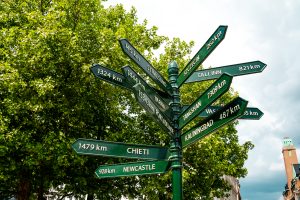 Traveling from Copenhagen to Stockholm by Train 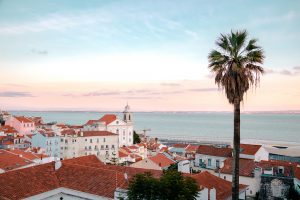 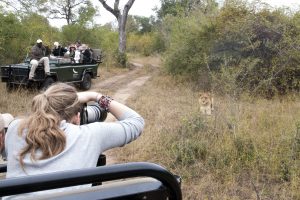